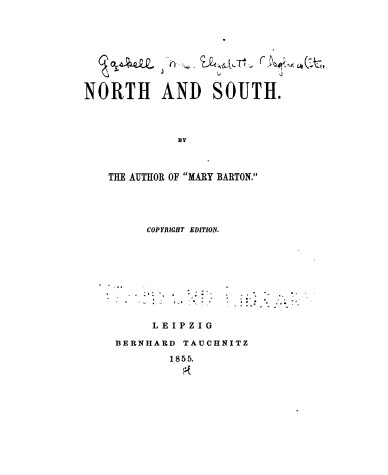 When Margaret is compelled to leave her beloved Hampshire home and move North, she is brought face to face with the realities of urban life and her social conscience awakens. Her relationship with mill-owner John Thornton combines passionate attraction with fierce opposition.

In my eyes, a fantastic story can make me feel lots of different emotions.

I was angry at her arrogance.

I was frustrated with the narrow-minded views of both the upper and lower classes.

I was sad that workers were expected to work in such deplorable conditions.

I sighed in delight with every romantic thought that was expressed verbally and internally by Mr John Thornton to his beautiful, Margaret Hale.

I smiled each time Mr Bell made an appearance. He was so lovable.

I cried for all of the loss that Margaret faced in such a short period of time.

While I really enjoyed listening to North and South I can admit to struggling a little with understanding some of the accents. In some cases, I didn't even bother going back to re-listen because I didn't think it would help. I got the drift, but I wouldn't have been able to tell you the words if my life depended on it.

The romance was a slow burn and we get to the very end before we 'see' them together. Luckily, I have read and watched this one before, so I knew what was in store. This is a story about class, fighting for what you believe in, and making the best of every situation.

I'm going to watch this one again. I absolutely LOVE the BBC version with Richard Armitage.

Now that I’m done with North and South, my first impression is I spent an entire month reading this? For what? The most unsatisfying ending I’ve ever read!