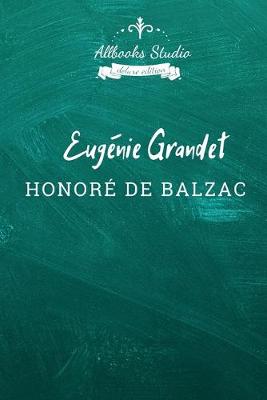 Depicting the fatal clash between material desires and the liberating power of human passions, Honore de Balzac's Eugenie Grandet is translated with an introduction by M.A. Crawford in Penguin Classics.

In a gloomy house in provincial Saumur, the miser Grandet lives with his wife and daughter, Eugenie, whose lives are stifled and overshadowed by his obsession with gold. Guarding his piles of glittering treasures and his only child equally closely, he will let no one near them. But when the arrival of her handsome cousin, Charles, awakens Eugenie's own desires, her passion brings her into a violent collision with her father that results in tragedy for all. Eugenie Grandet is one of the earliest and finest works in Balzac's Comedie humaine cycle, which portrays a society consumed by the struggle to amass wealth and achieve power. Here Grandet embodies both the passionate pursuit of money, and the human cost of avarice.

M. A. Crawford's lucid translation is accompanied by an introduction discussing the irony and psychological insight of Balzac's characterization, the role of fate in the novel, its setting and historical background.

Honore De Balzac (1799-1850) failed at being a lawyer, publisher, printer, businessman, critic and politician before, at the age of thirty, turning his hand to writing. His life's work, La Comedie humaine, is a series of ninety novels and short stories which offer a magnificent panorama of nineteenth-century life after the French Revolution. Balzac was an influence on innumerable writers who followed him, including Marcel Proust, Emile Zola, Charles Dickens, and Edgar Allan Poe.

If you enjoyed Eugenie Grandet you might like Moliere's The Miser and Other Plays, also available in Penguin Classics.