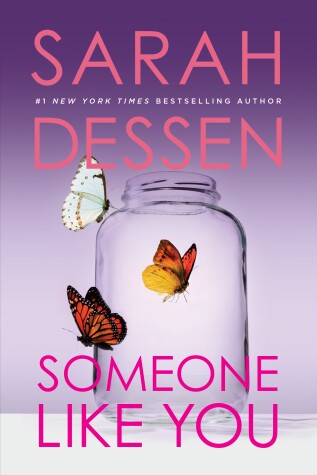 The world is a terrible place not to have a best friend.

Scarlett was always the strong one.

Then Scarlett’s boyfriend died, and Scarlett learned that she was pregnant.

Now Halley has to find the strength to take the lead and help Scarlett get through it.

Because true friendship is a promise you keep forever.

There's a lot of stuff going on in this book. Front and center is the friendship between Halley and Scarlett. Scarlett finds herself 16 and pregnant (like an MTV reality show) and the baby's father died in an accident without ever knowing he was going to be a father. That's a lot for a best friend to process. At the same time, Halley is finding her role as a daughter difficult to fulfill. As her romantic relationship develops, her relationship with her parents, especially her mother, begins to suffer. The whole time, a person is growing inside of Scarlett and as this life develops in Scarlett's womb, Halley begins to grow and develop as well. Overall, a good SD book with a female who grew and changed for the better over the course of the book. What I miss, is that flat-out HEA.