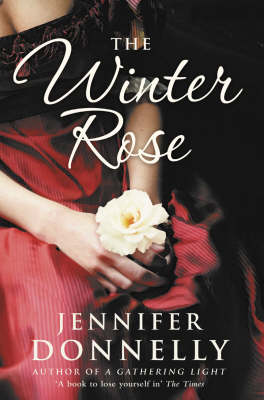 Another strong, satisfying novel, full of rich storytelling, by the author of the favourite 'The Tea Rose'. Set in London and Africa in the early days of the twentieth century, 'The Winter Rose' introduces some remarkable new characters. India Selwyn-Jones is one of the rare new breed: a lady doctor. Her family, her eligible, ambitious fiance, the male medical establishment all object but she insists on defying convention and finds a post in London's East End. There she meets a gangland boss called Sid Malone. Criminal he may be but he also has a hidden charm, and a devastatingly attractive personality, and when India is called to treat him after a dockside brawl, their friendship becomes more intense. But Sid Malone is not his real name: and he has a past and enemies by the score, including India's determined and ruthless fiance whose intention is to marry into the family money as well as becoming a leading political figure. The stormy, noisy, brawling docklands are a natural home to the political fight as the fledgling Labour Party gets underway, and the struggle for the women's vote becomes more strident.
But the East End is also a place for those who have a past to hide, a new beginning to find. And so the complicated strands of betrayal and pretence, of ambition and family, are woven again into a new drama, in a new country. Jennifer Donnelly, author of 'A Gathering Light' as well as 'The Tea Rose', has a wonderful gift for sweeping storytelling, with a lively cast of vivid characters, rich and detailed backgrounds. Her writing has a warmth and energy that takes all readers completely into her world.

A sequel to the Tea Rose, this is a story that would appeal to those who enjoy this sort of epic tale of history, romance and adventure. It leaves openings for a sequel but also has a charming story arc all of it's own. It's the story of India Selwyn Jones, a doctor and aristocrat who has traded her high life for fighting poverty and misery in the slums of London. Sid Malone is the master thief who falls for her and decides to teach her about the reality of the slums.