The Jaguar Path (The Songs of the Drowned, #2) 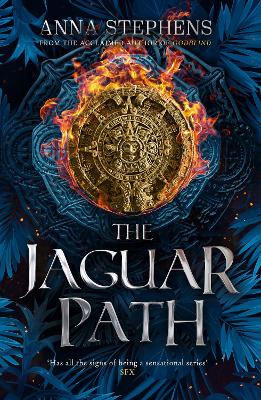 The Jaguar Path (The Songs of the Drowned, #2)

The Empire of Songs reigns supreme.

Across all the lands of Ixachipan, its hypnotic, magical music sounds. Those who battled against the Empire have been enslaved and dispersed, taken far from their friends and their homes.

In the Singing City, Xessa must fight for the entertainment of her captors. Lilla and thousands of warriors are trained to serve as weapons for their enemies. And Tayan is trapped at the heart of the Empire’s power and magic, where the ruthless Enet’s ambition is ever growing.

Each of them harbours a secret hope, waiting for a chance to strike at the Empire from within.

But first they must overcome their own desires. Power can seduce as well as crush. And, in exchange for their loyalty, the Empire promises much.

The Songs of the Drowned (3 books)