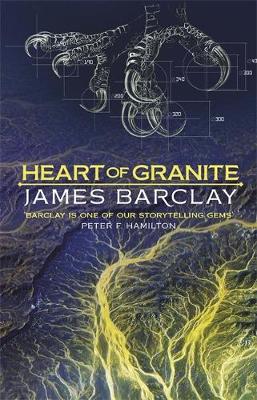 The world has become a battleground in a war which no side is winning. But for those determined to retain power, the prolonged stalemate cannot be tolerated so desperate measures must be taken.

Max Halloran has no idea. He's living the brief and glorious life of a hunter-killer pilot. He's an ace in the air, on his way up through the ranks, in love, and with his family's every need provided for in thanks for his service, Max has everything . . .

. . . right up until he hears something he shouldn't have, and refuses to let it go. Suddenly he's risking his life and the lives of all those he cares about for a secret which could expose corruption at the highest levels, and change the course of the war.

'Barclay is one of our story-telling gems; he's given us a hard-biotech future set in an all-too believable worn out world, where exotic part-alien creatures have replaced military hardware. Intense action scenes with dogfighting dragons flown by elegantly flawed pilots, and manipulated by devious politicians meant I read this in one sitting. And best of all is the Heart Of Granite itself, an astonishing battle behemoth that would make Godzilla run away with his tail between his legs' Peter F. Hamilton