Lost (House of Night Other Worlds, #2) 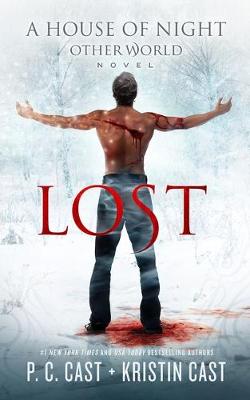 Lost (House of Night Other Worlds, #2)

The moment Other Kevin returns to his world trouble begins...

Back in Tulsa, things have settled down since Zoey closed the tear between worlds.

But Zoey knows the truth. In the Other World her brother is using Old Magick, unaware of the dangers it holds. She knows she must help him - after all, he's her little brother.

Though, in doing so, she may just have to lose those she loves...

From the bestselling authors of The House of Night series comes a new series following the kick-ass heroine that is Zoey Redbird.

What will happen to Other Kevin when he tries to do the right thing?

Lost by PC and Kristen Cast is a remarkable and fantastically good book. I loved it so much, and I am hoping they will have another book in this excellent series. We get to see more of Other Kevin’s world in this one, and I loved that we did while not seeing much of Zoey’s world. I loved the characters as well, and this is just a remarkable book.

“Get enough to fill four or five big bags. Oh, and don’t forget some boy pajamas. Keep this in mind when choosing pjs – I do not want to see your flopping wiener through them, so get something lined.”

When I read that, I cracked up laughing, and after I read it to my mom, she did too. I especially like the two different Aphrodite’s when we get further into the book.

What I disliked about this book:


What I am curious about for the next book:

I am interested if we will have another book. Hopefully, we will. And how it will play out for both Zoey and Other Kevin.

Lost by PC and Kristin Cast is a splendid book that I am recommending to anyone that loves young adult books, vampires, and of course House of Night. I also saw some significant character development for Zoey which I loved. Oh, and I am giving this book five stars.

House of Night Other Worlds (4 books)