Seduced By The Ceo (The Morretti Millionaires, #2) 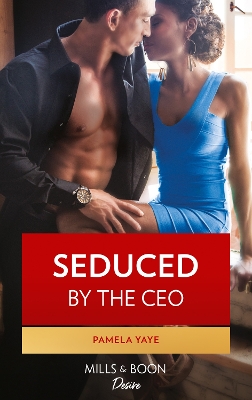 Seduced By The Ceo (The Morretti Millionaires, #2)

The man to give her every pleasure

All the exquisite things that money can buy are at world-famous restaurateur Nicco Morretti's fingertips. But he knows he's met his match when he encounters a feisty young woman whose alluring smile turns his world upside down. Jariah Brooks is unlike any woman who's ever tempted him before. She's a spirited single mother and his new employee, but he's craving to get to know her on a personal level–despite the risks.

Love has been low on Jariah's priority list ever since the birth of her beloved daughter, though she's not immune to Nicco's radiant charm…. And once the Italian heartthrob decides to sweep her off her feet, will the troubles stacked against them keep them apart forever?