Seduced By The Bachelor (The Morretti Millionaires, #7) 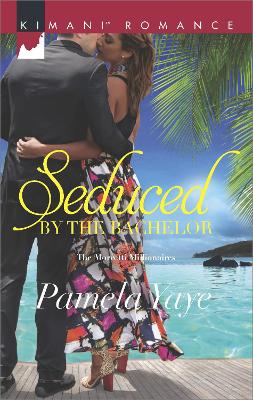 Seduced By The Bachelor (The Morretti Millionaires, #7)

A game of seduction

Tatiyana Washington will do whatever it takes to right a wrong for her beloved sister . . . even if it means deceiving one of LA's most celebrated attorneys. Flirting with elegant, sexy Markos Morretti on a Florida-bound plane is the first step. The irresistible Italian plays right into her hands when he invites her to be his guest at a celebrity-studded charity golf tournament. Spending a sizzling weekend together is a perk Tatiyana didn't expect. Too bad it can never lead to anything permanent.

The wealthy Hollywood divorce lawyer splits couples up for a living. Yet once he meets Tatiyana, all Markos wants is to lavish her with all his passion. And once he discovers they have met under false pretenses, he only desires her more. Markos vows that two can play at this game until a brewing political scandal threatens to make his career ambitions crash and burn. Faced with an impossible decision, will he choose the promise of love?