Seduced by the Tycoon at Christmas (The Morretti Millionaires, #8) 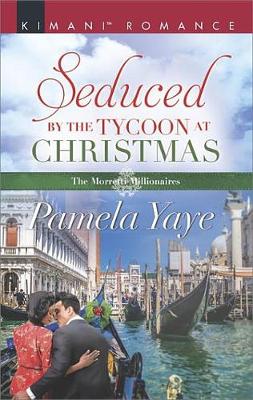 Seduced by the Tycoon at Christmas (The Morretti Millionaires, #8)

As one of Italy's most powerful businessmen, Romeo Morretti spends his days brokering multimillion-dollar deals, and his nights romancing Europe's most beautiful women. But a chance encounter at a busy intersection sends the international playboy's life hurling in a new direction. The desire that ignites between Romeo and lush Caribbean beauty Zoe Smith is impossible to resist. Their intimate display becomes public under Milan's bright Christmas lights when a blog leaks their secret affair and they're touted as the city's newest celebrity couple.

Between glittering A-list events and candlelit dinners at Romeo's villa, Zoe is living a life of glamour and endless pleasure alongside the dangerously handsome tycoon. Their high-profile holiday romance could even save her PR job at prestigious fashion house Casa Di Moda. Until secrets and lies threaten their passionate bond. Amid doubt and distrust, Romeo is accused of a crime that endangers his financial empire. He will have to fight to clear his name before they can share a future under the mistletoe...