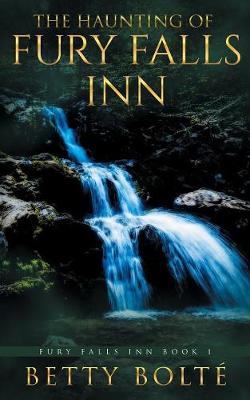 6-book series set in a haunted roadside inn in 1821 Alabama!

Cassie Fairhope longs for only one thing: to escape her mother’s tyranny. She has a plan, too. Seduce the young man, who is acting as innkeeper while her father is away on business, into marrying her. He’s handsome and available even though he doesn’t have feelings for her. Marriage is her only escape. Despite her mother’s strenuous objections.

But Flint Hamilton has his own plans and they don’t include marriage, even to the pretty temptress. He’s focused on securing his reputation in the hostelry business to make his father respect him. He quickly learns that running a roadside inn in northern Alabama in 1821 means dealing not only with the young woman and her hostile mother but also with horse thieves and rogues.

When tragedy strikes, Cassie and Flint are forced to face unforeseen challenges and dangerous decisions together in order to attempt to rid the inn of its newly arrived specter—who doesn’t have any plan to leave…