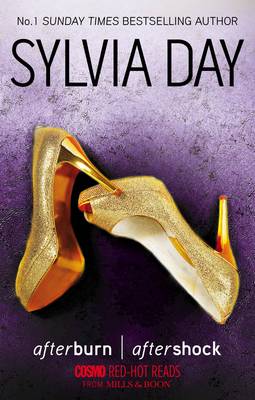 AFTERBURN
The realization that Jax still affected me so strongly was a jagged pill to swallow. He'd only been part of my life for five short weeks two years ago. But now he was back. Walking into a deal I'd worked hard to close. And God, he was magnificent. His eyes were a brown so dark they were nearly black. Thickly lashed, they were relentless in their intensity. Had I really thought they were soft and warm? There was nothing soft about Jackson Rutledge. He was a hard and jaded man, cut from a ruthless cloth.
In that moment I understood how badly I wanted to unravel the mystery of Jax. Bad enough that I didn't mind how much it was going to cost me...

AFTERSHOCK
When it came to playing games, my lover Jax was a master strategist. He pulled strings behind the closed doors of D.C.'s most powerful political players, and somehow still found time to nearly sideline my career. What he didn't know was that when I didn't like the rules, I threw them out and made my own. I wasn't going to let Jax get away with it. I wasn't going to let him get away at all.I loved Jax enough that it was impossible to give up. Jax loved me enough that giving up was the only end he'd consider.
He didn't think I could swim with the sharks.
It was entirely my pleasure to show him that I'd already dived in...