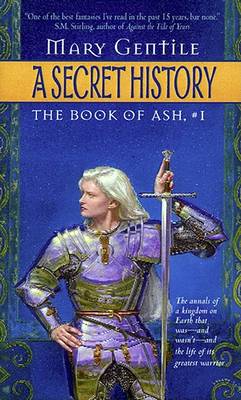 There Is More Than One History Of The World...

In the mid-fifteenth century there was Burgundy, the jewel of Europe - opulant and powerful, the undisputed center of an uncivilized world.

In an epoch of war and madness there was Ash. A girl born in mud and dung, she slew her first men while only eight. Scarred and ravaged, but still beautiful, she rose up to lead a great mercenary army before the age of twenty - and followed a sacred voice wise in the bloody ways of battle to a pinnacle unattainable to even the most potent of legends.

In a time when empires and alliances shifted like sand - when Mithras the bull was worshiped freely alongside the Christ - a great cloud arose out of Africa to darken the sun. The Visgoths came with their terrible machines - powered by magic or a science unknown to this day - and aimed their irresistible might toward the rich Burgundian prize, wrenching the wheel of civilization in an unknown and unexpected direction. And with their coming, one incomparable warrior raised on Destiny's ash heap became more than anyone thought one woman could be.

I didn't really like this one and would be happy enough to never read the next in the series but wouldn't refuse it if I got my hands on it. Written as pseudo-history it's okay but not the best read I've had this year. An interesting alternative Joan of Arc story