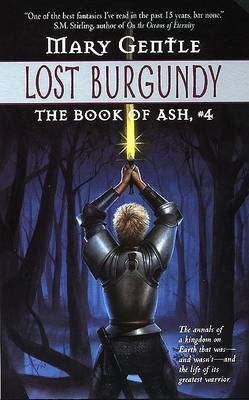 There is more than one history of the world... "In a barbarous age in a world now forgotten, an extraordinary figure stood formidable on the European battlefield--a remarkable female warrior and strategist without equal...save one."

Dijon, the once-proud capital of Burgundy, has been pounded into near submission. The merciless soldiers of the Visigoth Empire stand hungrily at the gate, and at their fore, the beautiful, deadly Faris, unwittingly bred to tbe the instrument of a machine intelligence that seeks the end of humanity. The sun gutters weakly overhead like a dying candle, as the Wild Machines once again flex their dark, demonic power.

Ash, like her warrior twin, hears the Wild Machines' call--but unlike the Faris, Ash will not be their tool. For within Dijon's crumbling walls a fragile hope has bloomed: one who bears in her royal blood the ability to hold the dread Machines at bay. But defeating their dark plans will take a miracle--and ultimately, only Ash herself stands between Burgundy's implacable enemies and all humanity.

The stunning conclusion to the remarkable true chronicles of Ash.