The Book of Atrix Wolfe

by Patricia A. McKillip 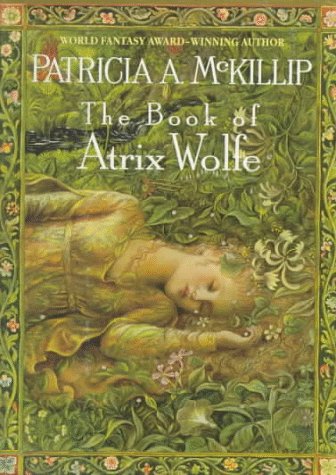 The Book of Atrix Wolfe

by Patricia A. McKillip

Driven by a formless fury when the prince of Kardeth refuses to halt his invasion of the kingdom of Pelucir, the great mage Atrix Wolfe creates a fearful hunter, 'a warrior with no allegiance but to death'. But the ensuing massacre of both armies and the King of Pelucir appals the mage and he flees to the mountains to live in wolf form among wolves until, 20 years later, the Queen of the Woods demands that he seek out her daughter, who disappeared at the time of the great bloodbath. The ensuing story involves aspiring mage Talis Pelucir, son of the slain king, and Saro, a young, mute scullery maid in the castle of Pelucir whose background is unknown. Steeped in medieval legends of the wild huntsman, living trees, and shape changers, McKillip's tale is 'decidedly atmospheric, complex, compelling, and filled with rich imagery.'