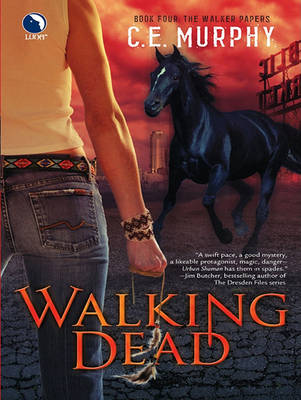 Check out my other reviews, discussions and link ups at Fantasy of the Silver Dragon.

"I sounded so rational, as long as I didn't listen to what I was actually saying."


I love the Native American folklore in this series. I also like how shamanism, witchcraft, and other magic things are done. Not everyone believes, and most people manage to make up a version of reality where the 'strange' things that happen are easily explained away. Like a graveyard suddenly erupting with zombies (including zombie bugs and rodents!), was just a movie set.

I love that Joanne is both a smart-ass, as well as occasionally taking a moment to whine in her head. I mean, she then goes back to what needs to be done afterwords, but just the fact that she does it at all helps the character feel more real. Wanting to run screaming, or wondering why the Universe loves to pick on you, even while you don't actually run away, gives a kind of normalness where a lot of characters wouldn't even take the time to think of such things.

I'm not really fond of Thor. He isn't a bad guy at all, he seems fairly sweet. But he didn't have a lot of personality in this book, and I just don't like him as a boyfriend. I'd much prefer Joanne was dating Morrison, even though I understand the reasons why she isn't.

My favorite characters besides Joanne, are totally Billy and Gary. You don't see 70-something men playing large roles in Urban Fantasy much. But Gary is totally like an annoying uncle for Joanne. Being Joanne's police partner, you'd think Billy would be used to the sometimes crazy things that come out of her mouth. But the fact that she can still exasperate him on an almost daily basis, makes for a lot of funny moments in the series.

If you haven't read any of the books in this series yet, you seriously need to.

This review was originally posted on Fantasy of the Silver Dragon
I absolutely loved it! I picked it up last night, saying I was only going to read a chapter or two, but I ended up finishing it all in one sitting. It has an excellent balance of plot and character development, creepy things occurring (I won't say what), and mayhem!