Beyond a Darkened Sky (Three Keys, #1) 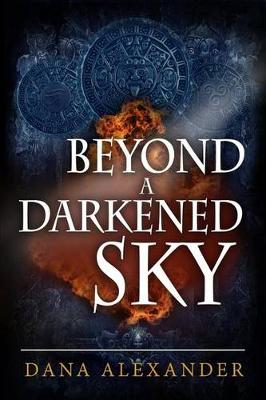 Beyond a Darkened Sky (Three Keys, #1)

An immortal enemy hides in the shadows, preying upon a distraught humanity.
One life abandoned to fulfill a duty and a promise made.
A race to conquer an all-consuming evil...

The balance between good and evil has been shattered, opening a path for a dark lord’s demons and shadows to consume the energy found in humanity. To New York psychiatrist Dr. Sara Forrester, these nightmares become more than figments of a troubled mind when the Soltari—a powerful entity governing the balance of good and evil—calls Sara to retrieve three ancient keys hidden thousands of years earlier. But to find the keys she must unlock the gateway to each of them by way of three secret medallions. As part of Sara’s existence in this life, the Order that administers the rule of the Soltari has blocked her memory from the many past lives she’s led and the power she holds for her to establish a relatively ordinary life on Earth.

The Last Great Warrior hasn’t forgotten the love he’s vowed to protect across time and space. He’s come to Earth under the guise of a physician and colleague on an oath to the Soltari not to remind Sara of their past lives together when the mission is engaged. In guarding every facet of the quest, the Alliance couldn’t risk a love that transcends time interfering with the task to rescue billions of lives and keep Earth as an intended place of human development. There is no room for distraction where unemotional decisions need to be made. If Sara fails the mission, not only will humanity be lost but also the eternal bond of two souls linked for centuries.