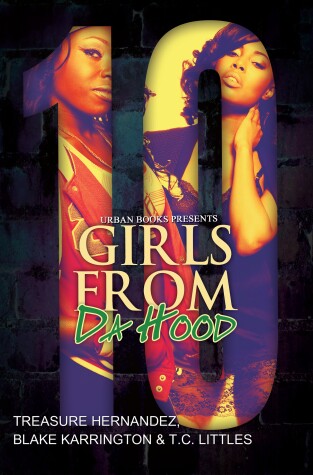 Urban Books’ popular Girls From da Hood series is back, bringing readers more dramatic tales about the lives of some tough, resourceful women who can hold their own when things get rough on the streets. This time, family bonds are put to the test.

Jakki and School Boy are more than first cousins; they’re best friends and partners in crime with a reputation for getting theirs by any means necessary. The pair are ultimately forced to defend not only their family name but their loyalty to each other. With both wanting to stand at the head of the table, Jakki and School Boy feud, proving that there’s definitely no honor amongst thieves—family or not.

Sanaa, a well-known gambling house owner, is at the top of her game, but after she decides to inject phony currency into her business, all hell breaks loose. Guns are drawn and opposing forces take sides. Luckily for Sanaa, her father and her brothers are well versed in the operations of the underworld. With millions of dollars still to be claimed, all the wolves come out, and the hunting season begins. Will the love of that mean green shatter families and friends, or will the players prove that money can't buy everything?

With a gritty and promiscuous reputation, Star is indeed her mother’s child. When she meets Rello, a low-level hustler selling dreams of a better life, Star jumps at the opportunity to lock him down. However, when the connect’s package comes up short, Star’s lies start to unravel, and the true intentions of this wannabe wifey-to-a-kingpin are revealed.