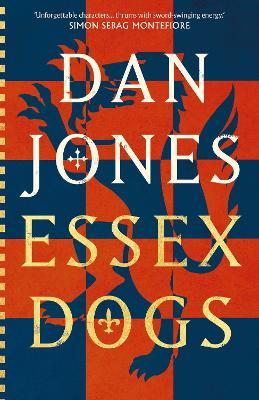 July 1346. The Hundred Years' War has begun, and King Edward and his lords are on the march through France. But this war belongs to the men on the ground.

Swept up in the bloody chaos, a tight-knit company from Essex must stay alive long enough to see their home again. With sword, axe and longbow, the Essex Dogs will fight, from the landing beaches of Normandy to the bloodsoaked field of Crécy.

There's Pismire, small enough to infiltrate enemy camps. Scotsman, strong enough to tear down a wall. Millstone, a stonemason who'll do anything to protect his men. Father, a priest turned devilish by the horrors of war. Romford, a talented young archer on the run from his past. And Loveday FitzTalbot, their battle-scarred captain, who just wants to get his boys home safe.

Some men fight for glory. Others fight for coin. The Essex Dogs? They fight for each other.

'A new champion has entered the front line of historical fiction to stand shoulder to shoulder with Bernard Cornwell' Jane Johnson
'Vital, earthy, and heart-stopping... So deft and funny that you'd never guess this is Dan Jones' debut work of fiction' Suzannah Lipscomb
'Few books manage to be as compelling on every level as Essex Dogs: it's adventure, history, and heart' Dana Schwartz
'Horribly compelling... Only Dan Jones can carry you through blood, piss and vomit and leave you wanting more' Daisy Dunn
'With a cast of unforgettable characters, written with irrepressible verve and historical accuracy, Dan Jones delivers a compelling novel that thrums with swordswinging energy' Simon Sebag Montefiore
'The battles that shaped Europe from the point of view of the soldiers... Searing' Kate Williams
'War. Looting. Junkies. Pintle-tugging. The English abroad. Dan Jones takes you to the year of Our Lord 1346' Tibor Fischer