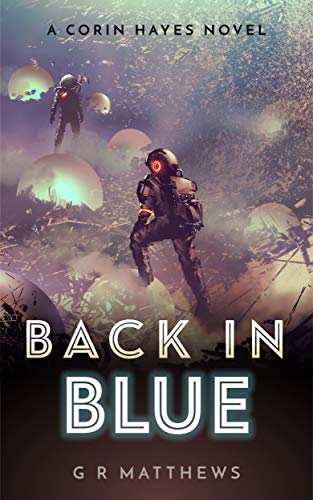 Corin Hayes is back and he's not happy about it.

In the corporation owned cities at the bottom of the ocean, life can be a struggle. The rich have it all, the poor have little but the air in their lungs and even that is owned by someone else. When war erupts between the corporations, Hayes finds himself caught in the middle of it all. Back in the navy and sent on missions which utilise the destructive power of his Fish-Suit, his life is in danger every moment.

An old comrade and a young recruit stand beside him as the submarines set sail and Hayes faces up to the truth of war. Nowhere is safe and death is a single mistake away. However, the biggest threat may not come from the enemy across the ocean, but from the traitors and spies embedded in his own military. If Corin wants to survive the war he must find the traitor before all is lost.