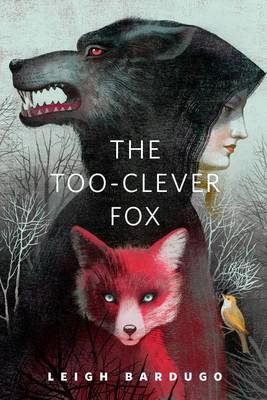 In Ravka, just because you avoid one trap, it doesn't mean you'll escape the next. This story is a companion folk tale to Leigh Bardugo’s upcoming novel, Siege and Storm, the second book in the Grisha Trilogy.

Loved this little tale ^^ Not at all related to the series, but great to read anyway.
Hmm.
The Too Clever Fox is for people who...

...love the Grisha series
...need a Grisha world fix before they start the next book (I haven't read book 2, but, like the other Grisha short story, this isn't dependent on what happens in the full-length books.)
...enjoy a little folk lore
...want a quick, entertaining read that has nothing to do with massive cocks (What? So many of the books I read do.)
...want an introduction to the Grisha world and Leigh Bardugo's writing (Yes. Even this book is a good one to start on.)

PS. I refuse to hyphenate "too-clever" as it is everywhere else. Too is an adverb and can only describe clever. The hyphen is unnecessary.

The Too Clever Fox was a free book I read on the Tor website on June 6, 2013 for the Why Buy the Cow? reading challenge.
Another well told folk tale, dark but not nearly as disturbing as [b:The Witch of Duva|13643163|The Witch of Duva (The Grisha, #0.5)|Leigh Bardugo|http://d202m5krfqbpi5.cloudfront.net/books/1336644891s/13643163.jpg|19258458]. The writing style is old world and very fitting to the story and there's actually a nice little lesson in the story. It's not often writers invent folk tales that have the substance of the classic stories but this one totally does.