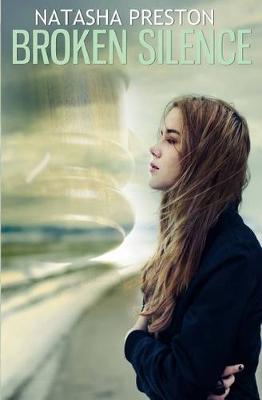 It has been four years since Oakley, her mum, and brother fled to Australia. With the trials looming, she makes the decision to return to England. Oakley is desperate for closure so she can put the past behind her and move on with her life.

How will she cope when she comes face to face with the two people that hurt her the most, and the one person that she hurt the most?

Her love for Cole never faded, but how will he react to her return after so long? Will they be able to put everything behind them in order to have a happy ending?

There is a bit of a time lapse with this sequel to Silence, beginning a few years after the last ended. Oakley has definitely changed as a character, relearning herself now that her secrets are known and she is speaking once again. This sequel is less young adult and more new adult now, as neither of them are teenagers anymore.

Hands down, what I liked the most about this book was the fact that Oakley finally has the family she deserves. Her brother Jasper has always been there for her, but now her mother is, too. That was also the downside for me, the fact that her mother whisked her away to live in Australia. While I understood the mother's instinct to take your child away from all that was wrong, to protect her from the inevitable media storm, I felt for Oakley. I felt like her mother took her from the person she needed most, Cole, the person who had been there for her more than anyone else.

The central focus of this book was the trial and all of the emotional baggage that comes with that. It seemed that Oakley was still learning how to live again and was still a bit socially awkward and nervous, something I feel is absolutely normal. There is also the struggle between Cole and Oakley as they had to rediscover each other. Some of that was due to their time apart, but just as much had to do with the fact that Oakley now communicates.

What I loved most was the message... the idea that you can persevere, that you can choose to be survivor instead of a victim. It was a powerful message and an important one.

Things to love about Broken Silence...

--Oakley's strength. I love the messages of strength and courage that her story sends.
--The realistic portrayal. It is tough subject matter and I love how it was handled, no sanitizing it.

Things I wanted more or less of...

--More nice Cole. Towards the end of the last book and at various points in this one, I felt like he was bordering on jerkdom. While I understand that as a person, he had feelings and emotions in regards to all that happened in the story, I felt like he didn't have the understanding for the horror that Oakley went through and the inevitable issues that kind of thing creates.

--Everyone says that getting over somebody ‘just takes time’ and that one day it will stop hurting and the door will open for you to move on. We are also told that love is eternal; something extraordinary that will stay with you forever. However, after a break up, suddenly love becomes something you should get over once a little time had passed. The contradiction is immense (Loc. 22-24).

--There had been no one else because I couldn’t stand the thought of being that close to anyone else. There was nothing wrong with the guys here or anything, I just didn’t feel safe and secure with them. They couldn’t make me forget every disgusting thing that had happened to me with one little smile (Loc. 140-142).

My recommendation: A dark, but beautiful and emotional read that I felt was very moving!