One True Loves: A Novel 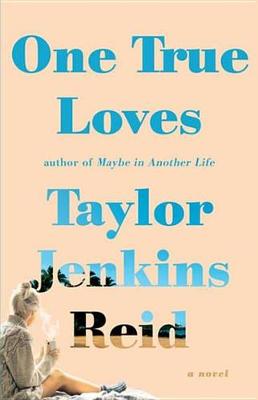 One True Loves: A Novel

“No one does life and love better.” –InStyle
“Earth-shaking…you will flip for this epic love story.” –Cosmopolitan
“Reid's heartwrenching tale asks if it's possible to have multiple soul mates.” —Us Weekly

From the author of Maybe in Another Life—named a People Magazine pick—comes a breathtaking new love story about a woman unexpectedly forced to choose between the husband she has long thought dead and the fiancé who has finally brought her back to life.

In her twenties, Emma Blair marries her high school sweetheart, Jesse. They build a life for themselves, far away from the expectations of their parents and the people of their hometown in Massachusetts. They travel the world together, living life to the fullest and seizing every opportunity for adventure.

On their first wedding anniversary, Jesse is on a helicopter over the Pacific when it goes missing. Just like that, Jesse is gone forever.

Emma quits her job and moves home in an effort to put her life back together. Years later, now in her thirties, Emma runs into an old friend, Sam, and finds herself falling in love again. When Emma and Sam get engaged, it feels like Emma’s second chance at happiness.

That is, until Jesse is found. He’s alive, and he’s been trying all these years to come home to her. With a husband and a fiancé, Emma has to now figure out who she is and what she wants, while trying to protect the ones she loves.

Who is her one true love? What does it mean to love truly?

Emma knows she has to listen to her heart. She’s just not sure what it’s saying.

I read it in one sitting!

Lots to think about in this book. I love how it really explored how people change over time. This is one of those reads you think about a lot even after you've finished.
I think I am becoming a bit of a Taylor Jenkins Reid junkie. I read and loved Maybe in Another Life a few months ago, and I was just as hooked on her recent release, One True Loves. I read this one over the span of a weekend trip to Disneyland, so you can imagine that it must've been good if I was able to focus on it while being in immersed in all things Disney (I'm a bit of a fanatic).

One True Loves is a story that refreshes the concept of a love triangle. Emma was married to her self proclaimed soul mate in her twenties, and had a joyous and adventurous life. When her husband Jesse goes missing and is presumed dead, she eventually moves on and is engaged years later, only to find out that he survived and is coming home. So while yes, the protagonist does find herself caught between two men and two relationships, the dynamic is so unique and the stakes are so much more different than other novels with love triangles at their cores. It's one of the worst possible positions to be in, as there was never any intent for the triangle to exist, as one person was assumed dead.

While the novel had an interesting plot, what really stood out to me was the quality of the writing. Taylor Jenkins Reid has such a gift with conveying real emotions at such pivotal life stages for women in early adulthood. I loved seeing the progression of Emma from her twenties to thirties, the acknowledgement that so much can change in less than a five year period during that time of your life. I also loved that she leveraged the second person POV for certain scenes, as it really immerses readers into empathizing with Emma's situation. Though from the book's synopsis you know that Emma's husband, Jesse, is going to go missing, having the relive the trauma with Emma (as it is told mostly in flashback format) really had me feeling for her. I've been talking nonstop for three days to anyone who will listen about the impossibility of her situation, and what they think they would do, because I find it all so heart wrenching and fascinating. I can't stop thinking about the grief and joy and despair that Emma cycles through in the novel when the impossible happens twice- her husband disappearing, and surviving and returning after all of those years.

While I really enjoyed the plot of this book, I found that I didn't care for Emma that much as a character. While I appreciate that she stood by her decisions for moving on when others judged her for getting engaged and finding happiness with her husband gone, I also just inherently disliked how she handled the situation of juggling Jesse and Sam. Sure, it's a really tough situation and none of us really know how we'd react unless we were in it, but I felt like her indecisiveness at times felt disingenuous and I wanted her to feel more of a depth of emotion, such as that which came across in the chapters when she lost Jesse. Older Emma seemed so much more detached and harder to empathize with. I also think she made her decision about who to be with very, very quickly, and while the buildup of the plot was great, the resolution was a bit too hasty for me.

Overall: Taylor Jenkins Reid is a master of writing realistic, riveting romances that are centered at the heart of the transitional time of early adulthood. Her books maintain the integrity of adult fiction while still navigating the tenuous period of the early-late twenties that generally falls into the New Adult category, and when so many people are still figuring out who they are. One True Loves is a book that broke my heart for the characters several times over, but also included narratives about personal growth and change and aging. While not my favorite Taylor Jenkins Reid novel due to the ending, I still thoroughly enjoyed reading this one!This review was originally posted on Girl in the Pages

I decided that was my answer to questions of fate. I could go around asking myself what if x hadn’t happened, and the answer would always be, “But it did.”

— Kinda disappointed with this one. I get the message and all and I like the choice made in the end but the protagonist was so unlikable.
This review was originally posted on Latte Nights Reviews.

Emma and Jesse met in high school and ever since then, they've been joined at the hop, hopelessly in love. They both get married and over the course of their marriage, they travel a lot for their travels. On the day of their anniversary, Jesse had to travel to Alaska and that's when Emma lost the love of her life. Emma doesn't know what to do with her life and she mourns for over 2 years. Now, she's reunited with Sam, someone who used to work at her parent's book store. Sam loved Emma then and he still loves her now. Giving herself the chance to find love again, she starts dating Sam and learns to love him. One day, she gets a phone call from Jesse saying he's alive and will be home soon.

Good things don’t wait until you’re ready. Sometimes they come right before, when you’re almost there.

I was so beyond conflicted over this story. I had no idea which way to go, what to think—my thoughts were a mess! Hell, I was a mess of emotions! I had no idea what to expect since I've never read a book by this author. Obviously, I need all of her books.

And then, slowly, day-by-day, minute-by-minute, at such a snail's pace that you can barely register that anything is happening at all, you find a life's purpose again.

I don't know why when I read adult books with these type of stories, they feel slow. This was so not the case with ONE TRUE LOVES. I felt like I read it in one sitting, which didn't happen because I read it over the course of 3 days (I was at a cruise). I was so invested, so attached to the characters, living their experiences with them, feeling what they were feeling, getting my heart-broken when theirs was broken... This story is very thought-provoking and very original. With all the marvelous quotes, there's one that spoke to me, which is the definition the author gave to "true love". You have to read this book to find out ;)

This is my first book by this author and it certainly won't be my last. I have a feeling that TJR's books are life altering. I say these because I feel like I've gotten a lesson with this story, which led me to reflect on my life, and cherish every moment.

It is hard to be so honest, so vulnerable, so exposed. But I find that it always leads you someplace freer.

I received an ARC for review from the publisher in exchange for an honest review.This review was originally posted on Latte Nights Reviews.