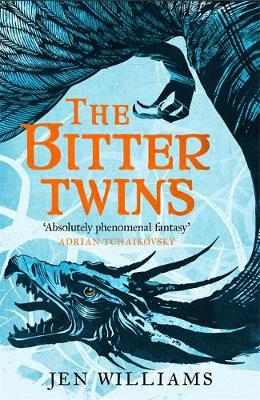 **Winner of the British Fantasy Award 2019 for Best Fantasy Novel**

From Jen Williams, highly-acclaimed author of the Copper Cat trilogy and three-time British Fantasy Award finalist, comes the second novel in the electrifying Winnowing Flame trilogy - the sequel to The Ninth Rain. Epic fantasy for fans of Robin Hobb and Adrian Tchaikovsky.

The Ninth Rain has fallen. The Jure'lia are awake. Nothing can be the same again.

Tormalin the Oathless and the fell-witch Noon have their work cut out rallying the first war-beasts to be born in Ebora for three centuries. But these are not the great winged warriors of old. Hatched too soon and with no memory of their past incarnations, these onetime defenders of Sarn can barely stop bickering, let alone face an ancient enemy who grow stronger each day.

The key to uniting them, according to the scholar Vintage, may lie in a part of Sarn no one really believes exists - a distant island, mysteriously connected to the fate of two legendary Eborans who disappeared long ago.

But finding it will mean a perilous journey in a time of war, while new monsters lie in wait for those left behind.

Join the heroes of THE NINTH RAIN as they battle a terrible evil, the likes of which Sarn has never known.

What readers are saying about THE BITTER TWINS:

'The sequel to the brilliant Ninth Rain kicks it up a notch with more action, scarier monsters and a more expansive story'

'Be ready for some great reveals and twists that may break your heart, but that will overall leave you fist pumping the air'

'The world building continues to blow my mind