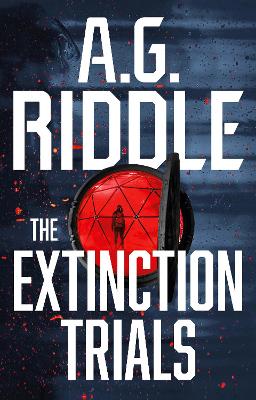 The end... is only the beginning.

After a mysterious global event known only as 'The Change', six strangers wake up in an underground research facility where they learn that they're part of the Extinction Trials – a scientific experiment to restart the human race.

But the Extinction Trials harbours a very big secret.

And so does the world outside.

From A.G. Riddle, the Amazon and Wall Street Journal bestselling author with nearly five million copies sold worldwide in twenty languages, comes an epic standalone adventure with a surprise ending unlike anything you've ever read before.