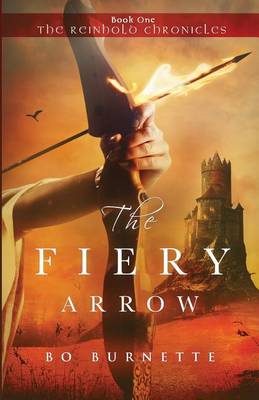 A newborn medieval country. A bow-shooting princess with a prophesied destiny. A sword-wielding carpenter’s apprentice.

It’s been twelve years since the volcano drove young Arliss and her clan of Reinhold from their island home. Now, things are changing in their newfound kingdom.

Princess Arliss is almost sixteen. Her father, King Kenton, urges her to take more responsibility—and to find a young man to carry on the line. But Arliss begins to question the class boundaries that divide her city on a hill.

When her father forbids her friendship with the young peasant swordsman, Philip, Arliss sets off on a defiant quest to the heart of the land. Little does she know that she will discover an evil more threatening and ancient than she could imagine—and a prophecy that speaks of a fiery arrow.

The Fiery Arrow is the first book in The Reinhold Chronicles trilogy.