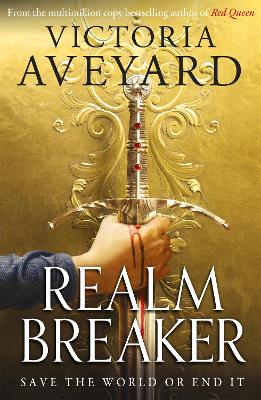 SAVE THE WORLD OR END IT...

A strange darkness is growing in the Ward. Even Corayne an-Amarat can feel it, tucked away in her small town at the edge of the sea.

Fate knocks on her door, in the form of a mythical immortal and a lethal assassin, who tell Corayne that she is the last of an ancient lineage - with the power to save the world from destruction.

Because a man who would burn kingdoms to the ground is raising an army unlike any seen before, bent on uprooting the foundations of the world. With poison in his heart and a stolen sword in his hand, he'll break the realm itself to claim it. And only Corayne can stop him.

Alongside an unlikely group of reluctant allies, Corayne finds herself on a desperate journey to complete an impossible task, with untold magic singing in her blood and the fate of the world on her shoulders.

BR with the most amazing little (soul) sister ever, Darce!

I FREAKING LOVED THIS SO MUCH, & DOM IS SO DAMN PRECIOUS!

Also, I AM IN LOVE WITH SORASA, the assassin ! —

"She's seen our faces and she won't stop rhyming. We need to kill her."


Hahahah i LOVE HERRRR SO DAMN MUCH!

Who knew Aveyard could do High Fantasy SO FREAKING AMAZINGLY?!?

Full RTC !
Amazing!! I really wasn’t expecting to love this book and series so much. It is high stakes adventure funny epic fantasy, on land and sea. Highly recommended for Six of Crows/King of Scar series, Sarah J. Maas, Red Queen series and other epic fantasy fans. And narrator was amazing, hoping she reads the rest of the series.