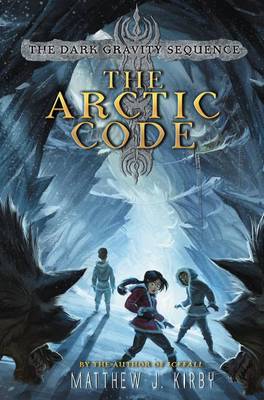 Perfect for fans of the Percy Jackson and Seven Wonders series, The Arctic Code is the first book in an epic, fast-paced middle grade adventure trilogy by acclaimed author Matthew J. Kirby.

It is the near future, and the earth has entered a new ice age. Eleanor Perry lives in Tucson, one of the most popular destinations for refugees of the Freeze. She is the daughter of a climatologist who is trying to find new ways to preserve human life on the planet. Dr. Perry believes that a series of oil deposits she has found in the Arctic may hold the key to our survival. That’s when she disappears—but not before sending Eleanor a series of cryptic messages that point to a significant and mysterious discovery. Now it’s up to Eleanor to go find her.

This search will launch Eleanor on a breathless race to unlock the mysteries of what has happened to our planet, solving the riddle of the cold that could be humanity’s end—and uncovering a threat to the earth that may not be of this world.