We Are the Fire 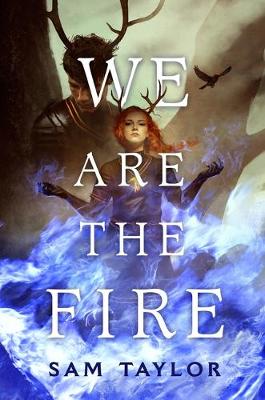 We Are the Fire

In the cold, treacherous land of Vesimaa, children are stolen from their families, forced to undergo a horrific transformative procedure and serve as magical fire-wielding soldiers. Pran and Oksana - both taken from their homes at a young age - only have each other to hold onto in this heartless place.

Pran dreams of one day destroying the empire; Oksana only dreams of returning home.

When they discover the emperor has a new, more terrible mission than ever for them, Pran and Oksana vow to escape his tyranny forever. But they soon find that the only way to defeat the monsters that subjugated them may be to become monsters themselves.

Well I'm massively disappointed. This was one of my most anticipated 2021 releases. This line from the synopsis is what excited me so much:

“But they soon find that the only way to defeat the monsters that subjugated them may be to become monsters themselves.”

Ultimately there was nothing wrong with this book; we just didn't click. Something about it didn't pull me in and I didn't feel like waiting around, hoping for that to change.

(TW: Some extreme violence, abuse/death of children, and experimentation.)

"Rebel with flame.. and you die by flame. We are watching."

'We Are the Fire' is the fantasy debut novel by Sam Taylor that tells the story of Pran and Oksana, two of the emperor's Tuliikobrets, magical fire-wielding soldiers. Taken from families across his kingdom by force, children are forced to undergo horrific transformative procedures and pressed into the army's service to carry out the emperor's will.

Both have dreams beyond the walls of the Tuliikobrets' fort. Oksana dreams of going home to her family and their peaceful way of life, while Pran's more inclined toward rebellion.. destruction of the empire and control of their own futures.

As different as their dreams, so too are their methods and ideals. Though they really just want freedom for their kind, it doesn't take long for both to realize their good intentions may require them to make choices that conflict with their principles if they're going to survive at all.

Ironically, the transformative procedures are horrible, but entirely different than I would have expected. Worse in some ways, as the changes wrought upon the soldiers are not all things they can completely adapt to, since their very human bodies aren't really designed for using their newfound abilities.

The opening pages are the quiet calm before the storm, giving the reader a chance to warm up to Pran and Oksana before any of the chaos breaks through. And it's time that I think really served their story well. It isn't slow or drawn out, but it allowed me to connect with them in a more intimate setting and begin to care from the start.

For the most part, there's a deep sense of loyalty that has developed amongst Pran, Oksana, and their friends. Perhaps because conflict and tensions seem to be deliberately stoked between the different ranks within the army, the trust outside their immediate circle is much harder to come by and obviously that makes their goals more difficult. Those with the most power, may also have the most to lose by rebelling, but strength in numbers and cunning are both necessities if their kind are ever to be free.

Treacherous statements to the wrong person, however.. could cost them the ultimate price.

I loved both main characters. Despite the monsters they saw themselves as and their different approaches to the situation at hand, they were genuine and wanted to help others. Pran is all heart. He just keeps trying to get up, no matter what life throws at him.. and I adored him especially.

There are some fantastic antagonists here, one of which is much more complex than they appear at first glance. Few within the walls are separated by more than rank and power. On some level, they've all been victims and it's interesting to see how differently they respond to that.

All in all, I'd definitely suggest this book to anyone who loves stories where the only way out is through others.. where the characters have to decide how much of their ideals they're willing to sacrifice for their freedom.. and where you get to see those decisions tested, all the while hoping they can succeed.