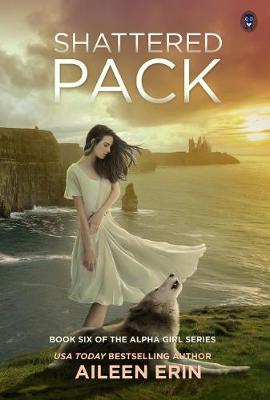 Meredith Molloney never thought she’d find a mate, let alone someone like Donovan Murry―one of the most powerful Alpha werewolves alive. Now that she’s no longer cursed and the evil Luciana Alvarez has been taken care of, she thinks life will finally settle down. Boy, she has never been so wrong.

In the middle of the night, Donovan gets a call telling him that his pack has gone to pieces. The news that his second in command has been found brutally murdered has Donovan packing his bags for Ireland, but the last thing Meredith wants to do is go with him. Cosette just warned her that the Irish pack isn't so happy about Donovan's choice in mates.

But Meredith’s never let a few angry wolves stop her, and she’s not about to start now. She’s faced down much worse the past few months. But when she gets there, she finds that it’s not just an angry pack that stands in the way between her and her Full Moon Ceremony with Donovan.

Meredith is thrust into a deadly game of pack politics, one a fey beast has happily joined. When the magic and dust settle, she knows she’ll either have everything that she wants or lose it all.

I am so glad that this series is back in action! Shattered Pack picks up not long after the events of Alpha Unleashed, but this time we're following Meredith. She's no longer under a magical curse, but she is stuck at home after her face was all over the news. Of course, this means she has to sneak away somehow. She meets up with Cosette who seems to know something that she doesn't about the Irish werewolves and it's not good. Then she and Donovan have to head out to Ireland after his second is murdered.

Shattered Pack is another quick, fun, exciting addition to this series! I loved how the author was able to pick it right back up without it feeling drawn out, especially since the previous book would have been a good ending place. Focusing on a new main character probably helped a lot with making sure it felt fresh. And I really enjoyed getting to know Meredith better. She's confident even after years of others treating her like an outsider. She's strong and feisty and focused! She knows something is very wrong in Donovan's pack, and since he's not doing anything about it, she's going to keep her eyes and ears open.

I was hoping for a bit more romance in Shattered Pack, but the focus really was on the plot. Meredith and Donovan do have scenes together where they're working through their relationship and the mate bond, but it's very much not the focus. Luckily, the plot was super engaging. The fae are involved this time, and we learn a lot more about them, although they're still quite mysterious. Meredith goes through hell to save her own life and those around her! That villain was not playing around!

In the end, Shattered Pack was another great sequel and restart to the series. I loved getting to see everyone again and get to know other side characters better. I definitely can't wait for the next one!