The Shadow Queen (The Black Jewels, #7) 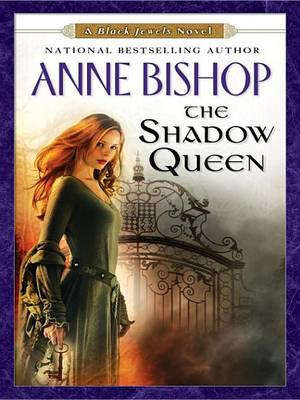 The Shadow Queen (The Black Jewels, #7)

In a tumultuous world ruled by witches and warlocks who wear their power as jewels, one Queen’s chance at redemption is the last hope for a desperate people in this novel set in the world of the Black Jewels...

Theran Grayhaven is the last of his line, desperate to restore the land of Dena Nehele. But first he needs to find a Queen who knows Protocol, remembers the Blood’s code of honor, and lives by the Old Ways.

Languishing in the Shadow Realm, Lady Cassidy is a Queen without a court, a castoff. But when she is chosen to rule Dena Nehele, she must convince bitter men to serve once again.

Theran’s cousin Gray is a Warlord Prince who was damaged in mind and body by the vicious Queens who once ruled Dena Nehele. Yet something about Cassidy makes him want to serve—and makes him believe he can be made whole once again.

And only Cassidy can prove to Gray—and to herself—that wounds can heal and even the whisper of a promise can be fulfilled...