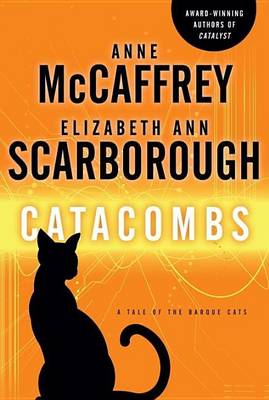 The spacefaring Barque Cats are valued members of every vessel’s crew, thanks to their special bond with humans. Then Pshaw-Ra, a mysterious cat with highly advanced knowledge, gives the felines the power of telepathy. When panic over a virulent plague drives the government to exterminate animals, Pshaw-Ra guides the cats and humans of the starship Ranzo to safety on his home planet, Mau. But Pshaw-Ra has a hidden agenda. His ultimate goal? Mate the Barque Cats with their godlike counterparts who rule on Mau and create a superior race to conquer the universe. His plans, however, may be doomed by his daughters’ battle royal to become queen, by a suspicious Barque Cat with an equally curious human friend—and by something stirring deep beneath the city with a hunger to devour all life . . . and an undying hatred for cats.