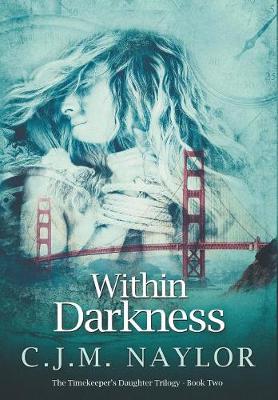 Six months have passed since Abigail Jordan learned the secrets of her biological mother's death. However, even with the truth, more secrets are revealed. Abigail now knows that her mother was protecting her from something far worse than simply becoming a Timekeeper, and upon her move to San Francisco, she attempts to leave all of that behind her and start over, by staying away from the world of the Timekeepers altogether.

However, even for Abigail, staying away doesn't prove to be an option. After having multiple occurrences of hallucinations and threatening voices within her mind, Abigail seeks the help of the American Timekeeper, Thomas Jane. But as Thomas and Abigail begin looking for answers, they start to unravel a secret that Elisabeth Callaghan meant to take to her grave; a secret that will change the world as they know it.

In this riveting, exciting sequel to THE TIMEKEEPER'S DAUGHTER, Abigail Jordan will once again have her loyalties challenged and be put to the test in more ways than she can imagine. For Abigail, the world of the Timekeepers is about to get even bigger, but the secrets that she uncovers might just prove to be the destruction of them all.