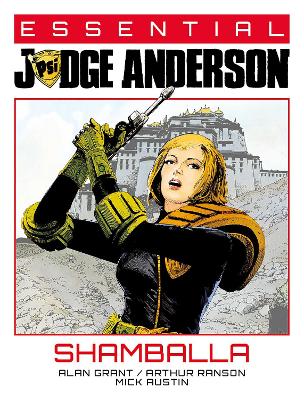 Judge Cassandra Anderson of Psi Division is one of the greatest minds on the Judges' roster. As a precognitive telepath and empath, her quirks, such as her sense of humour, are tolerated by the otherwise oppressively strict Justice Department. However, Anderson's sense of justice and morality soon calls her to question the Law of the Judges in these landmark adventures, written by Alan Grant and featuring jaw-dropping art by Arthur Ranson and Mick Austin. As Anderson battles to save Mega-City, psychic twins, and her friend Judge Corey from psychic attacks and their inner demons, her faith in the systems around her begins to crumble. And when the world is teetering on the brink of an apocalyptic collapse, it will take everything Anderson has to save the world at the ancient temple Shamballa.