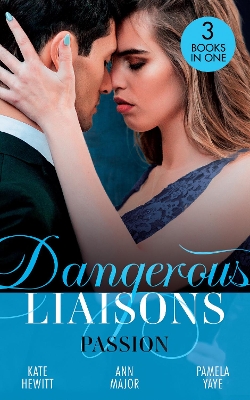 Hannah Stewart is shocked when charismatic but callous CEO Luca Moretti unexpectedly demands she accompany him on a crucial business trip. Until he introduces her as his fiancée, making his motive clear. Though guarded single mum Hannah is the last person Luca should toy with, the tempest of passion that rages between them is too powerful to resist…
•
Zach Torr's life changed the moment he saw Summer Wallace—and he's never forgotten the mockery she'd once made of their young love. The wealthy mogul has been waiting for the perfect opportunity to make his former lover pay for her long-ago betrayal. So when she's swept into scandal, he seizes his chance…
•
Fiery newscaster Angela Kelly wants nothing more than to take the Windy City by storm. But with her show's dangerously low ratings, she stands to lose everything. The pressure is on to save her career, and a tantalizing exposé on wickedly sexy professional baseball player Demetri Morretti might be her last shot!