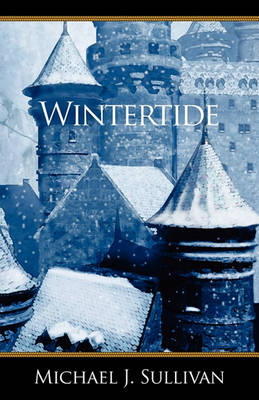 Note: Wintertide has been replaced by Heir of Novron a two-book Omnibus edition that contains both Wintertide and Percepliquis.

A FORCED WEDDING. A DOUBLE EXECUTION. TWO THIEVES HAVE OTHER PLANS.
The New Empire intends to celebrate its victory over the Nationalists with a day that will never be forgotten. On the high holiday of Wintertide the empress will be married. Degan Gaunt and the Witch of Melengar will be publically executed. Then the empress will suffer a fatal accident leaving the empire in the hands of the new emperor. It will be a perfect day. There is only one problem-Royce and Hadrian have finally found the lost heir.

ABOUT THE SERIES
Instead of a string of sequels The Riyria Revelations is a fantasy series conceived as a single epic tale divided into individual self-contained episodes. All were written before the first was released so that plot elements are intertwined, yet each book has its only story and conclusion.