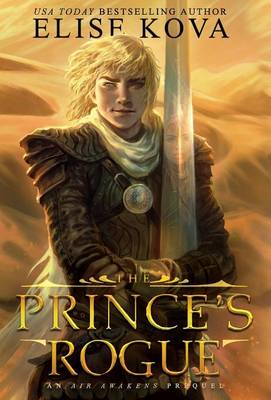 The Empire has declared war against its neighbor to the north, the country of Shaldan. Prince Baldair is summoned to lead, but the untested royal harbors secret reservations about his ability to inspire confidence in troops his senior in both age and experience. The memory of his first kills the summer prior still weigh heavy on his shoulders, and he flees to his friend Erion’s home near the Crossroads to wait for the army before marching north.

Raylynn Westwind had never held a responsibility in her life. After losing her mother years ago, she wanders from town to town in search of a challenge, honoring the sacred song of the sword her mother taught her. She never backs down from a fight, not when her opponents are the deadly Knights of Jadar, mysteriously insistent upon her death. And certainly not when the opponent is the Empire’s young playboy prince.

Baldair has never met another person as gifted with the sword as he, and is insistent on seeing a golden bracer grace Raylynn’s forearm. But the woman lives a mercenary’s life, and Baldair quickly learns that her loyalty comes at a high price. When he discovers the bounty on her head, the prince must choose between his responsibilities to his father’s Empire, and the woman who has captured his heart as a soldier, and as a man.