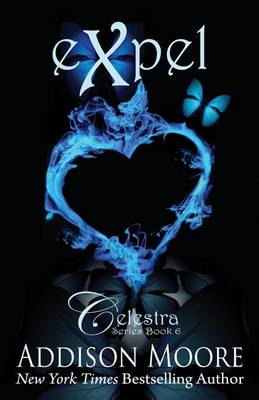 A death. A war. Regret. Heartbreak. An old enemy. A new enemy. A well-placed boyfriend. An ending you won’t believe.

Seventeen year-old Skyla Messenger discovers love is stronger than death and deception. In an effort to rectify those horrible truths Skyla’s life changes forever. Love and heartbreak become obstacles that overshadow the faction war and in the end may cost her everything.

I didn't think I could hate Chloe more, but I do. Cliffhanger ending --- uuugggghhhhhh!!!!
I rarely emotionally invest in characters, but when I reached the end of this cliffhanger, my heart sank and found myself muttering, 'Oh Cage...'.

I'm hoping it isn't as it seems, he would never to that to US... I mean to Skyla.
He's OUR, I mean her, forever

I'll be all over book 7 like a cheap suit.