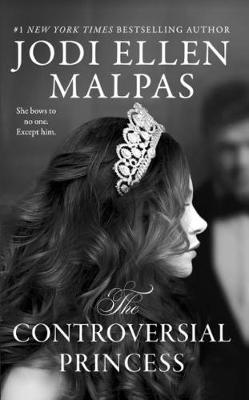 Her father is The King of England.

She is The Controversial Princess.

Regarded as down to earth by the press and rebellious by The King, Princess Adeline refuses to bow to the royal expectations her title carries. She knows better than anyone that the united front of the royal family is nothing but smoke and mirrors - lies and secrets masked by power and privilege. She wants no part of it, and she will never surrender to The King’s demand to marry a man she does not love. But despite Adeline’s determination to retain her free will, she remains deeply unfulfilled, feeling caged and suffocated.

That is until she meets Josh Jameson. Drawn in by his confidence, Adeline is soon captivated by the scandalously sexy American actor. His ability to penetrate her defences overwhelms her - his touch is pure fire, and his allure overpowering. Nothing has ever made her feel so alive in a world where she’s otherwise slowly drowning. However, while Josh may be Hollywood royalty, he’s not actual royalty, and Adeline knows The King and his advisors will do everything in their power to keep them apart.

This review was originally posted on Cocktails and Books

Cocktails and Books received this book for free from Social Butterfly PR in exchange for an honest review. This does not affect our opinion of the book or the content of our review.I love Royal family type stories, so I knew I would grab this one as soon as I could get my hands on it.  JEM has a way of creating some gloriously broken characters that draw you in.

Adelaine is the youngest of the King of England's children.  She also happens to the be wild child the paps love to follow and the tabloids love to write stories about.  None of that makes her life with the King any easier, but she's determined to have a small bit of control over something in her life even if it's bad press.  Enter her 30th birthday and hot American actor Josh Jameson.

I wasn't sure I liked Josh when he and Adelaine first get together.  It wasn't so much how dominate he was, but more like he was punishing her (and not in a sexual way).  But the more Josh was around, the more I liked him.  He wasn't the complete a-hole he came off as at first.  He falls hard and fast Adelaine and his natural instinct is to protect her, which doesn't always work when that woman is a princess.

Adelaine I really had a hard time with.  I could understand her feeling constricted by the life under the royal microscope.  But she went about bucking the system the wrong way and often made things much worse for everyone involved. Josh didn't cave to her, which was helpful, but she pushed him away constantly and feared her father than that using that backbone she pretended she had and stood her ground.

The book ends with a bit of a cliffhanger, we won't have to wait long for HIS TRUE QUEEN, which comes out early August  I look forward to finding out what happens with Adelaine and Josh.