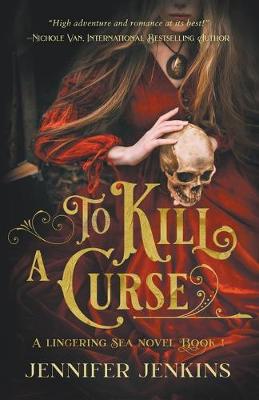 Would you touch the one you loved, even if it might kill them?

Antonio, a merchant sailor, has no idea how dangerous Fina Perona is when he rescues her from drowning in the middle of the Lingering Sea. His ship is headed to the home Fina just abandoned, carrying desperately needed payment for her father's prized wine stores. Pirates attack, and as Antonio and Fina escape the clutches of slavery, she steals back her family's small fortune from the pirate captain's quarters. Fina doesn't need Antonio's protection, she's more dangerous than he could ever be, but she needs his experience as a navigator and agrees to give him a cut of the payment in exchange for his help. Returning the money is the only way Fina knows how to atone for inadvertently killing her own brother, but what she doesn't realize is, before Antonio was a sailor, he was a thief.

While threats of curses, witches, bandits, pirates, and traitors are all very real, Fina and Antonio are the most dangerous players in this story of true love and betrayal. Will they become each other’s demise or salvation as they set out to find redemption and to kill a curse?