The Blood Ninja Trilogy: Blood Ninja, Lord Oda's Revenge and The Betrayal of the Living 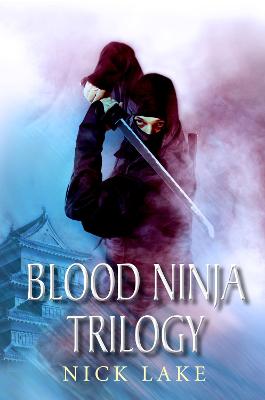 The Blood Ninja Trilogy: Blood Ninja, Lord Oda's Revenge and The Betrayal of the Living

Blood Ninja
Skilled in the art of silent and deadly combat, ninjas are the agents of powerful nobles who rule sixteenth-century Japan. So when a group of these highly-trained assassins kill Taro's father, he must learn their ways in order to avenge him, evading the wrath of warring Lords, deciphering an ancient curse - and unleashing the blood-soaked secrets of a life lived in moonlight.
Lord Oda's Revenge
Taro has had his revenge, but Lord Oda is not quiet in his grave. Dangerously weakened, Taro must discover the one object Lord Oda was desperate to find before he died - and he must go to hell and back to get it.
The Betrayal of the Living
Taro is at a crossroads - no land, no title, and no hope of marrying his beloved Hana. As he sets off on another perilous quest, the future of all feudal Japan is in danger, and everything Taro holds dear will be threatened. The dead have begun to rise.