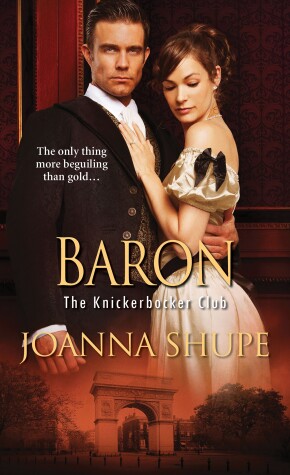 For fans of HBO’s The Gilded Age, explore the dazzling world of America’s 19th century elite in this lush series of sparkling, page-turning love stories…

New York City’s Gilded Age shines as bright as the power-wielding men of the Knickerbocker Club. And one pragmatic industrialist is about to learn that a man may make his own destiny, but love is a matter of fortune . . .

Born into one of New York’s most respected families, William Sloane is a railroad baron who has all the right friends in all the right places. But no matter how much success he achieves, he always wants more. Having secured his place atop the city’s highest echelons of society, he’s now setting his sights on a political run. Nothing can distract him from his next pursuit—except, perhaps, the enchanting con artist he never saw coming . . .

Ava Jones has eked out a living the only way she knows how. As “Madame Zolikoff,” she hoodwinks gullible audiences into believing she can communicate with the spirit world. But her carefully crafted persona is nearly destroyed when Will Sloane walks into her life—and lays bare her latest scheme. The charlatan is certain she can seduce the handsome millionaire into keeping her secret and using her skills for his campaign—unless he’s the one who’s already put a spell on her . . .

“A beautiful romance . . . Sexy and clever.” —The Washington Post


I honestly wasn’t too sure about this book going into this book. I was a little underwhelmed by Magnate, book 1 in the Knickerbocker Club series.

Fortunately, I didn’t listen to my misgivings and gave Baron a shot and OMG I was blown away! I loved Will and Ava so much, their chemistry just jumped off of the page!

Baron happens during the Gilded Age in New York (around the 1880s) where there are a lot of industrialization going on and of course, politics. Now that I think about it, this book was appropriate, what with the US presidential election going on.

But I digress. Will is from a rich family who is interested in running for office in New York State. He meets our heroine Ava who is posing as Madame Zolikoff, a medium. Will knows that Ava is a fraud and is conning people out of their money by pretending to be a medium and warns her away from his primary running mate.

Ava can play at being a “medium” and has been doing so for almost two years. Her reasons: her three siblings who are also working to make ends meet. Her goal: buy a farm in the country so she can move her little family there.

Nothing goes to Will’s plan because Ava will not stop and soon, they start to fall in love.

It is no secret that I ADORE the love between different classes trope and Baron just cement it! Not only that, Will and Ava are just so perfect for each other: the straight-laced railroad baron and an independent, but poor, young woman.

Their barbs to each other were super entertaining to read and when they finally confessed to their love… sigh! It was perfect!

Read the full review on I Heart Romance & YA