The Bachelor and the Beauty Queen (Once Upon a Tiara, #1) 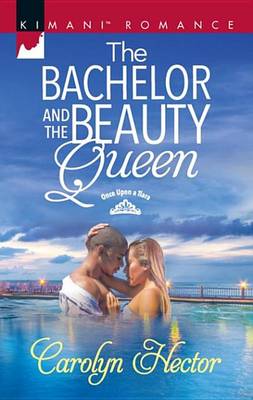 The Bachelor and the Beauty Queen (Once Upon a Tiara, #1)

The tall, sexy stranger who just barged into Lexi Pendergrass's shop looks like a perfect ten to her. But not only does Stephen Reyes accuse the former beauty queen of selling his young niece a scandalous dress, he then prevents Lexi from buying her dream property next door. Not exactly Mr. Congeniality. Even still, beneath their bickering simmers an inconvenient chemistry that's shaking Lexi's legendary poise to the core.

Real estate mogul Stephen has had his world rocked twice in recent months. First, he became guardian to his late brother's children. Now he's falling for a feisty Southern beauty who, when she isn't coaching his pageant-crazy niece, is schooling him in desire. He misjudged her once. Now he's using all his seductive talents to win Lexi for now and forever...

Once Upon a Tiara

Once Upon a Tiara (7 books)