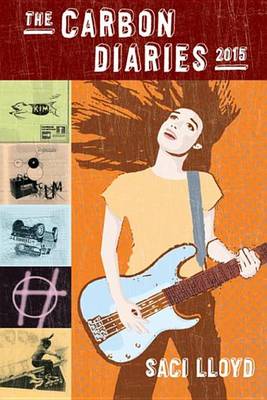 It's January 1st, 2015, and the UK is the first nation to introduce carbon dioxide rationing, in a drastic bid to combat climate change. As her family spirals out of control, Laura Brown chronicles the first year of rationing with scathing abandon. Will her mother become one with her inner wolf? Will her sister give up her weekends in Ibiza? Does her father love the pig more than her? Can her band the dirty angels make it big? And will Ravi Datta ever notice her?

In these dark days, Laura deals with the issues that really matter: love, floods and pigs.

The Carbon Diaries 2015 is one girl's drastic bid to stay sane in a world unravelling at the seams.