The Engines of God

Two hundred years ago, humans made a stunning discovery in the far reaches of the solar system: a huge statue of an alien creature, with an inscription that defied all efforts at translation.

Now, as faster-than-light drive opens the stars to exploration, humans are finding other relics of the race they call the Monument-Makers - each different, and each heartbreakingly beautiful. But except for a set of footprints on Jupiter's moon Iapetus, there is no trace of the enigmatic race that has left them behind.

Then a team of scientists working on a dead world discover an ominous new image of the Monument-Makers. Somehow it all fits with other lost civilizations, and possibly with Earth's own future. And distant past. But Earth itself is on the brink of ecological disaster - there is no time to search for answers. Even to a question that may hold the key to survival for the entire human race. 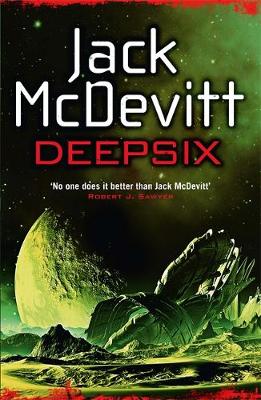 'Jack McDevitt is that splendid rarity, a writer who is a storyteller first and a science fiction writer second. In his ability to absolutely rivet the reader, it seems to me that he is the logical heir to Isaac Asimov and Arthur C. Clarke' Stephen King

In 2204, tragedy and terror forced a scientific team to prematurely evacuate the rare, life-supportingplanet of Maleiva III. Nineteen years later, it is hurtling through space and the opportunity to study it is about to be obliterated.

With less than three weeks left before the disaster, superluminal pilot Priscilla 'Hutch' Hutchins - the only even remotely qualified professional within light years of the ill-fated planet - must lead a small scientific team to the surface to glean whatever they can about its life forms and lost civilizations before time runs out.

But catastrophe awaits when they are stranded on this strange and complex world of puzzles and impossibilities. And now Hutch and her people must somehow survive on a hostile world going rapidly mad as the clock ticks towards apocalypse for a doomed enigma now called Deepsix. 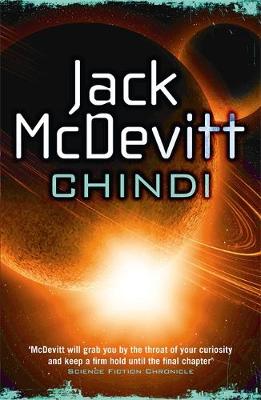 'A writer who is a storyteller first and a science fiction writer second. In his ability to absolutely rivet the reader, it seems to me that he is the logical heir to Isaac Asimov and Arthur C. Clarke' Stephen King

The universe has been explored - and humanity has all but given up on finding other intelligent life.

Then an alien satellite orbiting a distant star sends out an unreadable signal.

Is it the final programmed gasp of an ancient, long-dead race? Or the first greeting of an undiscovered life form? A civilization-destroying Omega cloud has switched direction, heading straight for a previously unexplored planetary system - and its alien society.

A handful of brave humans must try to save an entire world ... without revealing their existence. 'Why read Jack McDevitt? The question should be: Who among us is such a slow pony that s/he isn't reading McDevitt?' Harlan Ellison

To boost waning interest in interstellar travel, a mission is sent into deep space to learn the truth about 'moonriders', the strange lights supposedly being seen in nearby systems.

But the team soon discovers that their odyssey is no mere public-relations ploy, for the moonriders are no harmless phenomenon. They are very, very dangerous ... in a way that no one could possibly have imagined. 'A writer who is a storyteller first and a science fiction writer second. In his ability to absolutely rivet the reader, it seems to me that he is the logical heir to Isaac Asimov and Arthur C. Clarke' Stephen King

The year is 2255. The Academy that trained the starfarers is long gone and veteran pilot Priscilla 'Hutch' Hutchins spends her retirement supporting fund-raising efforts for The Prometheus Foundation, a privately funded organization devoted to deep space exploration.

But when a young physicist unveils an efficient star drive capable of reaching the core of the galaxy, Hutch finds herself back in the deepest reaches of space, and on the verge of discovering the origins of the deadly Omega clouds that continue to haunt her. Interstellar pilot Priscilla 'Hutch' Hutchins has seen a lot of action. But now, multi award-winning science-fiction master Jack McDevitt gives us the thrilling, edge-of-your-seat tale of how it all began ...

Hutch has finally realised her dream: she's completed a nerve-bending qualification flight for a pilot's licence.

Her timing is far from optimal, however. Faster-than-light travel has only recently become a reality and the World Space Authority is still learning how to manage long-range missions safely. To make matters worse, efforts to prepare two planets for colonization are killing off native life forms, outraging people on Earth. So interstellar pilots are not exactly in demand.

Although Hutch fears her career may be over before it has begun, her ambition won't be denied and soon she is on the bridge of an interstellar ship, working for the corporation that is responsible for the terraforming. Her working conditions include bomb threats, sabotage, clashes with her employers ... and a mission to a world adrift between the stars which harbours a life form unlike anything humanity has ever seen.

Ultimately, she will be part of a life and death struggle which will test not just her capabilities, but also her character. 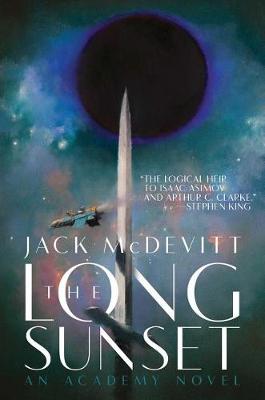 Hutch has been the Academy’s best pilot for decades. She’s had numerous first contact encounters and even became a minor celebrity. But world politics have shifted from exploration to a growing fear that the program will run into an extraterrestrial race more advanced than humanity and war.

Despite taking part in the recent scientific breakthrough that rejuvenates the human body and expands one’s lifespan, Hutch finds herself as a famous interstellar pilot with little to do, until a message from an alien race arrives.

The message is a piece of music from an unexplored area. Despite the fact that this alien race could pose a great danger and that this message could have taken several thousand years to travel, the program prepares the last interstellar ship for the journey. As the paranoia grows, Hutch and her crew make an early escape—but what they find at the other end of the galaxy is completely unexpected.