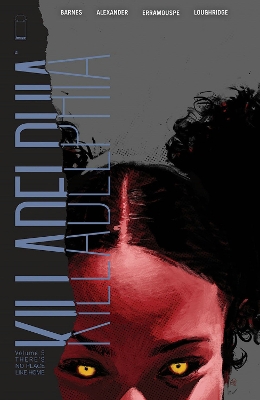 Heroes will die, villains will rise, and the city of Philadelphia will prove to be the pivotal battleground in the war between the forces of Heaven and Hell. This shocking story arc is the perfect jumping on point for new readers, setting up a bold new direction for the sold-out, Eisner Award-nominated horror series!

Vampire king and first President of the United States, George Washington, has unified the warring vampire factions, blurring the lines between good and evil. Now Washington and co. must face one of the most formidable military leaders in history! General Toussaint Louverture and his Haitian army have been resurrected by the side of the light for one thing and one thing only: exterminate all vampires!

From Rodney Barnes, the writer behind such hit shows as Marvel’s Runaways and STARZ’s American Gods, and Jason Shawn Alexander, the artist who redefined SPAWN.