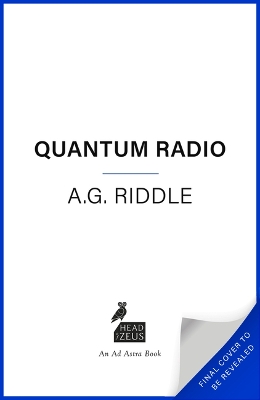 At CERN, a scientist has just made a discovery that will change the world forever. From the bestselling author of Lost in Time, Departure, and Winter World comes a new thriller filled with science, history, and enough plot twists to keep you up guessing until the final reveal.

Dr Tyson Klein is a quantum physicist working at CERN in Geneva, Switzerland. He is a man completely dedicated to his research, which focuses on finding patterns in the data generated by the Large Hadron Collider (LHC). Thanks to a recent upgrade to the massive machine, Ty believes he's found a new pattern, what looks like an organized data stream, being broadcast over what Ty believes is a sort of quantum radio.

Is it a message sent to us from someone in the future? Or possibly a signal from another universe? Or could the code be something else entirely?

As Ty peels back the layers of his discovery, he quickly learns that what he's found isn't exactly what he thought it was. The code and the message it carries is far more profound – a revelation that will alter our very understanding of human existence and the origins of our universe.

And he's not the only one looking for it. Ty soon discovers that a mysterious organisation has been watching him – and following his research – for a long time. And they'll do anything to prevent him from unravelling what is being broadcast by the quantum radio. Because the first one to discover the truth may well control the future.