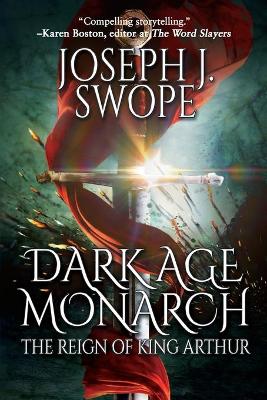 Arthurian tradition has followed two distinct paths. Medieval romance depicts the spectacular capital of Camelot and a land of armored knights, jousts, and fantastical adventures. More recent researchers have focused on identifying the real King Arthur, if such a person existed, in the early days of the Dark Ages. Dark Age Monarch: The Reign of King Arthur blends the two strands together in an inventive re-telling that maintains elements of the traditional tale but set in a historical perspective—with a bit of magic thrown into the mix.

Following the Roman exodus in the early 5th Century, Britain was fractured into petty fiefdoms that left the island vulnerable to foreign invaders. At a point where it appeared the Angles and Saxons would erase the British heritage, Arthur emerged as both a King and the Leader of Battles. His reign unified the land and preserved the Britons' way of life long enough to be remembered throughout history.