Court of the Vampire Queen 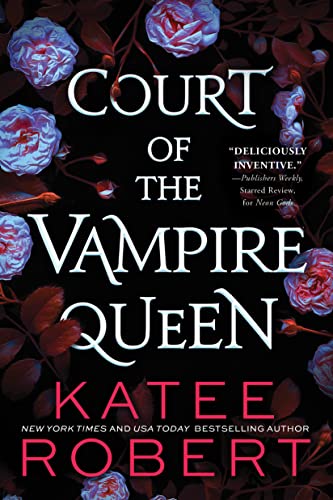 Court of the Vampire Queen

And One Queen to Rule Them All

All Mina ever wanted was to escape her father's control. Half human, half vampire, she lived eternally torn between two worlds, never fully experiencing the pleasures of either-until her father chose her as the pawn in his latest political move, gifting her to the darkly powerful and dangerously seductive Malachi Zion.

Malachi is not a vampire to be trifled with. He rules with an iron fist and has a reputation for the darkest of sins. But the longer Mina spends with him, the more she realizes he's not the monster she first thought-and as fear bleeds into lust, then trust, then something more, Malachi opens Mina up to a world she never knew could be hers for the taking: including the love of Malachi's two closest friends and companions.

Now surrounded by all three men, the center of their shockingly seductive world, Mina may finally have the power to face down her father and take back the life-and crown-that by all rights should be hers.

Thank you NetGalley and Sourcebooks Casablanca for the chance to read and review Court of the Vampire Queen by Katee Robert.

Katee Roberts is best known for her Dark Olympus series. I’ve only read the first one, but I have to admit, I thought it was pretty good and I’ll happily read the other books in the series. Do I think that Court of the Vampire Queen is as good? I don’t. It’s a 2.5 star read for me, rounded up to 3 where that’s not available. I only got through it because its Katee Robert.

I do have spoilers in this review, so please be careful going ahead!

Court of the Vampire Queen is paranormal erotic which will be published on the 6th of September. It’s a very smutty reverse harem read with a lot of blood, in case the blurb and the genre didn’t make it clear. Our main character Mina is a half vampire, without powers, which means her father has no qualms about sending her to another vampire to be his blood bag and womb. If she does get pregnant she becomes his heir, but she is more likely to die. However, Malachi, and his friends, turn out to be different, and Mina isn’t as vampiric as one might have originally guessed.

Katee Roberts writes good smut, and I don’t mind the plot either. I just had massive issues with Mina and the way the book ended. Mina doesn’t really become more interesting as the book goes on. She just seems annoying. She does take action at some point, but it just feels like too little and far too late. I feel like the author missed out on a massive chance to give Rylan more backstory and talk about what the seraphs actually did in the past and maybe give more information on her father’s rise to power. They also didn’t need to get her pregnant if they were going to kill her father anyway; I know the erotica was the main point, but the pregnancy didn’t add to the book in any way. She also killed her father in like a minute. Like that was an incredibly short scene.

I understand that we’re getting another series out of this, but I wouldn’t have minded this one being longer just to make the end more interesting. I would love to see more of Lizzie and Wolf’s family, and figure out more about the fire!