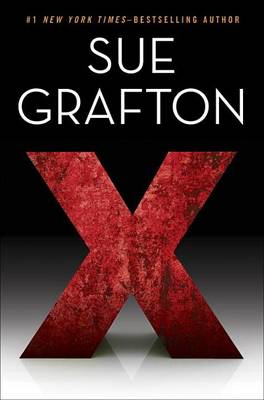 In hindsight, I marvel at how clueless I was . . . What I ask myself even now is whether I should have picked up the truth any faster than I did, which is to say not fast enough . . .

When a glamorous red head wishes to locate the son she put up for adoption thirty-two years ago, it seems like an easy two hundred bucks for private investigator Kinsey Millhone. But when a cop tells her she was paid with marked bills, and Kinsey's client is nowhere to be found, it becomes apparent this mystery woman has something to hide. Riled, Kinsey won't stop until she's found out who fooled her and why.

Meanwhile, the widow of the recently murdered P. I. - and Kinsey's old friend - Pete Wolinsky, needs help with her IRS audit. This seemingly innocuous task takes a treacherous turn when Kinsey finds a coded list amongst her friend's files. It soon leads her to an unhinged man with a catalogue of ruined lives left in his wake. And despite the devastation, there isn't a single conviction to his name. It seems this sociopath knows exactly how to cause chaos without leaving a trace.

I need to say this up front: I read this for a reading challenge (Books that start with the letter X are NOT easy to find), and this is way outside of my reading box. That said, I enjoyed it for the most part. I thought things came to a nice climax at the end, even if the pacing was a bit slow for me.

BLOG | INSTAGRAM |TWITTER | BLOGLOVIN | FRIEND ME ON GOODREADS
I was fascinated by the premise of this tale as such I was happy when I was approved to receive a copy in exchange for an honest critique. X by Sue Grafton is book #24 in the Kinsey Millhone series; nevertheless it can be read as a stand-alone. This is my first time reading her work and I must say I was impressed with her writing style. It is evident that she is a skilled writer.

X which was set in the 1980s is different from any of the mysteries that I have read before. Initially, when the story started there was not much happening. This is not a fast paced read. I found it to be slow, but it was not boring. This is not the type of story that would have you biting your nails, so if you are the type of reader who wants non-stop action and suspense then this book may not be for you.

The story follows the life of Kinsey Millhone a female private investigator and the cases she sometimes inadvertently finds herself involved in. There was more than one case to be solved in this installment. Kinsey was hired to locate a recently released bank robber and finds herself embroiled in an unsolved case as a result. In addition, her decision to assist her friend with her tax issues placed her in the midst of another unsolved case. In addition to that her new neighbours appeared to be up to no good. Kinsey definitely has her work cut out for her when it came to uncovering the truth.

There were aspects of the story that I believed at first was not necessary, however, as it progressed I realized that it played an important role in one of Kinsey’s cases. I am referring to the irrigation and plumbing issues her friend and neighbour Henry was trying to deal with.

I must admit that it took me some time to get through the story. I believe that the slow pace contributed to this and the fact that the world championships were taking place at the same time did not help. I was rather disappointed with the ending. I don’t want to say much as I don’t want to give away the plot lines. All I can say is that I felt that not all the issues were adequately resolved.

Overall, I found X to be an interesting story and I would definitely read more from this author.